Does mechatronics have a better scope than mechanical engineering?

Published by Steffi Benjamin on November 16, 2018

I’m sure many of us remember watching cartoons in televisions before the advent of flat TVs. Those old television sets were small, not so clear and were wide like cardboard boxes. Yet, we thought they were the best invention ever. But come 2018, those huge sets are extinct. Technology has replaced those relics with more clear and efficient flat televisions. If you remember clearly, the old televisions would heat up after prolonged use. You could feel it if you touch the back panel of those TVs. But that is no longer an issue. To what do we owe this technological advancement to? Mechatronics.

Mechatronics is a blend of 4 different subjects:

Mechatronics is an interdisciplinary field and since the lines between different fields are getting increasingly blurred, the demand for mechatronic engineers is rising. Assume that you are working on a Quad robot as a mechanical engineer. You can design, manufacture and assemble the robot yourself but you will need a coding engineer to program the robot. But if you are familiar with mechatronics, you can code the robot to work to its fullest mechanical efficiency. Mechatronics engineers have scope in a wide range of industries because the subject has a multidimensional approach.

When household appliances were invented in the 18th and 19th centuries, they were fully mechanical. This had a number of performance issues. First of all, mechanic systems are not fully efficient. There was also loss of energy in the form of heat, sound or vibrations. A good example would be the early models of washing machines. The Bendix model from 1950 had to be fastened to the ground to stop it from moving because of vibrations. They also had the tendency to heat up fast and produce a distinct, loud noise. Today, those issues have been dispatched by replacing the mechanical parts with electronic components like sensors, controllers etc.

Even if you consider core sectors like manufacturing or R&D, the use of computational power is increasing. Mechanical engineers who can code and perform simulations are preferred by industries. The main reason is that because industries are moving towards a future where engineering is completely integrated with computers. This is to increase production and cut back time on development and testing. Here is an excerpt from an article published in 2015,

“The Jaguar XE saloon, which started shipping in the UK last month, was produced without using any prototypes during the aerodynamic engineering process — a first for a mainstream model.”

To keep up with such ambitions of the industry, engineers must be well-versed in subjects like CFD, FEA or programming languages. They are expected to possess knowledge about performing simulations and numerical analysis. Here is a snapshot from indeed: 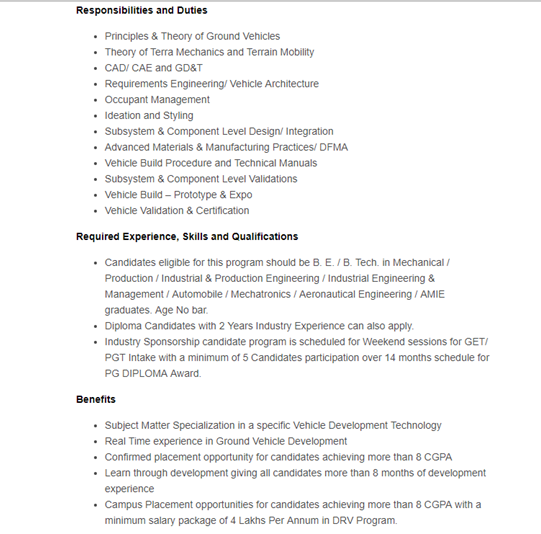 If you are interested in developing your skill-set by learning , check out the course below:

How to use LinkedIn to build your network

LinkedIn is a power social media tool which can be used for professional purposes. A lot of us do not realize the true potential of LinkedIn. The most important part of LinkedIn is that it Read more…

What exactly is Finite element analysis? How would one explain the basic concept to an undergrad friend?

Let’s say that we want to study how a cube shaped block of wood would crack up when hit with a hammer. We can simply take a wooden block and hit it to see what Read more…

What are some essential skills that a mechanical engineer should learn?

What are some essential skills that a mechanical engineer should learn? Being an institution that offers mechanical engineering courses, this is a question we often encounter at Skill-Lync. Students want to be equipped with a Read more…