Why is Python necessary for mechanical engineers?

Published by Steffi Benjamin on October 30, 2018

The common myth is that Mechanical Engineering is not connected with any coding type of platform. Generally Mechanical Engineers tend to have an aversion to computer programming and end up not understanding the opportunities that they miss out on. As we move into a future that is tied up intrinsically with electric cars, autonomous transportation, and automation, the next era of mechanical, aerospace & automotive engineers need to understand how they can integrate mechanical engineering concepts with a computer language in order to simulate concepts or automate them at a faster pace. Python for that matter is an extremely easy and efficient programming language. It can solve complex problems in a matter of seconds. Even if you are a mechanical/automobile engineer, Python can still be handy for you in many occasions.

Areas where Python is used in mechanical engineering industry includes but not limited to,

The most popular application of python is to perform numerical analysis. When problems linear equations and ODE/PDE are involved, it would take a long time to solve the problems analytically. In terms of mechanical engineering, there are usually boundary conditions present which makes it twice harder to solve numerical analysis problems.

Let us assume you are trying to find the pressure difference across a pipe when there is a liquid flowing through it. Not only will the problem take forever to solve, it will be extremely hard to obtain accurate values or plot the differences in a graph. With programming languages, you can solve such problems in a matter of seconds and obtain graphical simulations at the same instant.

Learning numerical analysis and coding opens up a plethora of opportunities in areas like manufacturing, automotive, energy and even mechanical jobs in software companies (like thermal engineers). Software companies like Google and Facebook hire Mechanical/Thermal engineers to ensure efficient and safe thermal management of their database and cluster computers in their respective companies. These engineers use programming languages like MATLAB/Python to write scripts and then import them to a CFD software to test numerous designs. It is a common knowledge that Google has the following engineering motto “Python where we can, C++ where we must” because Python is less complex to use than C++.

Python can be used to solve classical thermodynamics problems. Whether your problem involves chemical kinetics or fluid dynamics, you can write a code to solve the problem and save your time. In real world, industries do not pay attention to how you solve your problems or complete your tasks. You can spend 60% of your time in solving mathematical/ thermodynamics problems and rush through the other 40% of the task or you can spend 20% of your time on these problems by solving them in Python and focus on the real troubles at hand. The only aspect of your outcome that matters is your efficiency. Python has a huge library and a simple syntax which can help you solve complex problems easily.

In the field of computational fluid dynamics, Python has a massive application. In order to simulate problems in CFD software, you will be required to write your scripts in programming languages like MATLAB/Python.

Python is also used in other areas of mechanical engineering like vibrations and dynamic motion, simulation and modeling engineering etc. Mechanical and automobile industries use python to automate tasks. Even when the script is written in another programming language, it is rewritten in Python before automation since it is the most common language and hence the interface between industries and codes.

A look at the careers page of companies like Tesla, Mercedes Benz and Boeing etc. reveal that they employ and prefer mechanical engineers who can code. 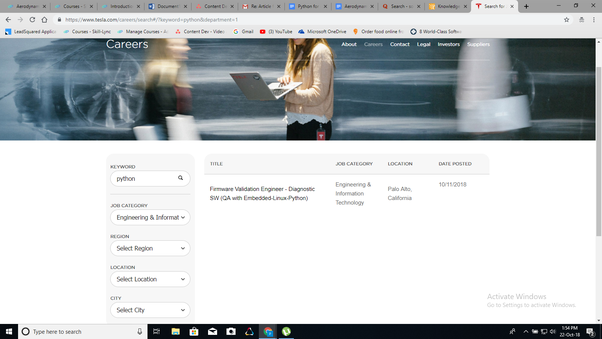 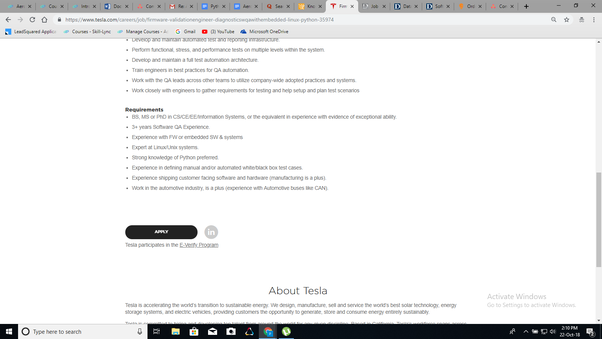 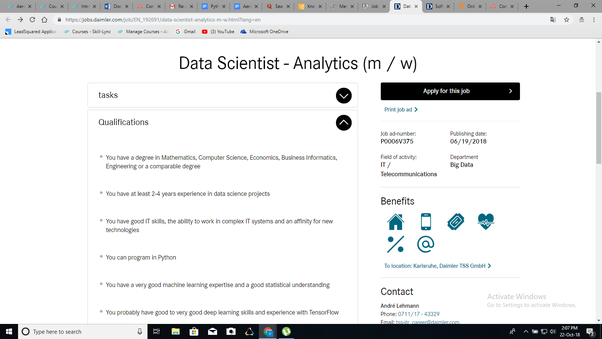 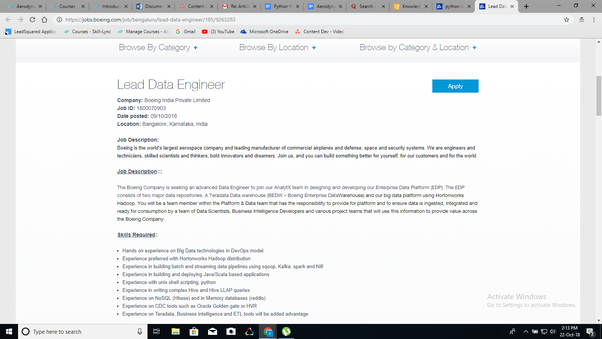 If you are interested in learning Python, you can check out the course below:

Why should I learn Python?

Ever since Python was released in 1991 as a high-level interpreted programming language, it has been a forever-favorite for many coders due to its vast library and easy syntax. Here is a chart presenting how Read more…

Is MATLAB of any use to mechanical engineers?

MATLAB is an extremely useful tool for all engineers. It is quite popular in and out of India and is used by a lot of companies and research organisations. Here are some areas where MATLAB Read more…