Why should I learn Python?

Published by Steffi Benjamin on November 24, 2018

Ever since Python was released in 1991 as a high-level interpreted programming language, it has been a forever-favorite for many coders due to its vast library and easy syntax. Here is a chart presenting how python has grown over the past few years amidst other popular coding languages.

Here are some reasons why Python remains as an important programming language to learn:

Normally, when problems involve concepts like linear algebra, ordinary or partial differential equations etc., it would take a long time to solve the problems analytically. In terms of engineering, there are usually boundary conditions present which increases the difficulty level by twofold measure.

Imagine you are given the project to compute the pressure of water entering and exiting the sewage pipelines. The mass flow rate of the water will keep increasing as there will be new inlets of water every few paces. It will be extremely hard to obtain accurate values or plot the differences in a graph. With programming languages, you can solve such problems in a matter of seconds and obtain graphical simulations at the same instant.

Learning numerical analysis and coding opens up a plethora of opportunities in areas like manufacturing, automotive, energy and even mechanical jobs in software companies (like thermal engineers). Software companies hire Mechanical/Thermal engineers to ensure efficient and safe thermal management of their database and cluster computers in their respective companies. These engineers use programming languages like MATLAB/Python to write scripts and then import them to a CFD software to test numerous designs.

Python is used extensively by data scientists since it has quite a range of powerful libraries and numerical engines to handle with statistical, tabular and matrix data. It is extremely simple to use and has a number of analytical libraries. This is beneficial to any data science engineer from nearly all sectors.

One might wonder how a coding language like python can benefit an area like thermodynamics and CFD which is based on mechanical engineering. Python can actually be used to solve thermodynamic problems like fluid dynamics or chemical kinetics. Its simple syntax and vast library can help you solve engineering problems and thus be efficient. Automobile and mechanical industries use python to automate tasks. Before simulating problems in CFD, codes are scripted in Python or MATLAB.

In addition to being a programming language, Python is also a popular scripting language. Even in core industries, python is used in areas like manufacturing and production for optimization. Even if the code is written in another language, it is rewritten in python scripts before feeding it to the computers. This is because python is the most popular scripting language in use and is the interface between industries and codes.  Once the computer reads the scripts and interprets it correctly, it is checked for errors. The code can then be reused when needed.

Simple and easy to use:

Consider the following examples. They are basically the same problem coded in C++ and python. 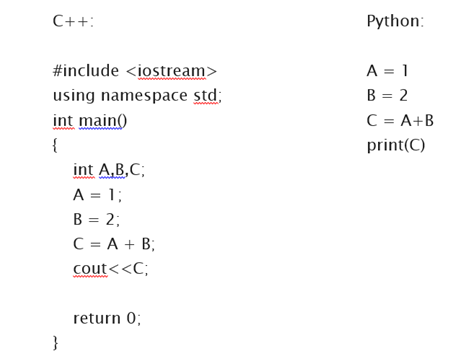 From the example, it is understandable why python is preferred. It is extremely simple to use and understand. Apart from this, python is an interpreted language and it is high level.

“We initially chose to use Python because of its reputation for simplicity and practicality, which aligns well with our philosophy of “do the simple thing first.”

Quora also used python to code their web framework and used C++ in areas where they couldn’t use python. The CEO of Quora, Adam D’Angelo says,

“We decided that Python was fast enough for most of what we need to do (since we push our performance-critical code to backend servers written in C++ whenever possible)”.

Apart from these examples, companies like Google, Facebook, Spotify etc. also use Python to manage their websites and applications.

At the end of the day, what truly matters is that whatever language you learn, you stay relevant to the industry’s needs and increase your chances of building a sturdy career. And the best way to stay relevant is to be familiar with the popular and most demanded skills. In this case, it is rather evident how much python is one of the top players in the industry. Learning python can have a positive impact on your portfolio. Take a peek at the following snapshots from a couple of mechanical engineering companies which require candidates with knowledge in Python: 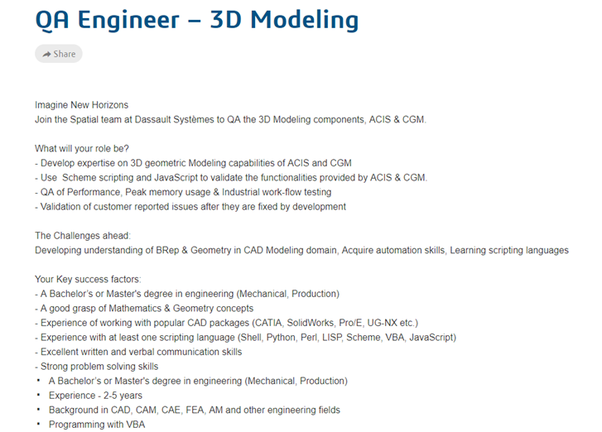 Here is another offer from Siemens: 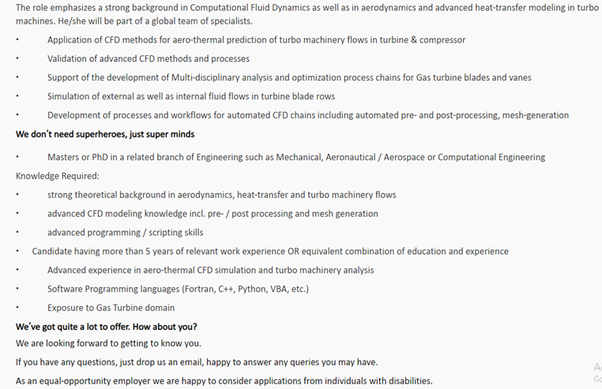 The mechanical industry is becoming increasingly dependent on software and popular languages like Python and MATLAB are becoming vital in development of mechanical and automotive machines.

Why is Python necessary for mechanical engineers?

The common myth is that Mechanical Engineering is not connected with any coding type of platform. Generally Mechanical Engineers tend to have an aversion to computer programming and end up not understanding the opportunities that Read more…

Is MATLAB of any use to mechanical engineers?

MATLAB is an extremely useful tool for all engineers. It is quite popular in and out of India and is used by a lot of companies and research organisations. Here are some areas where MATLAB Read more…